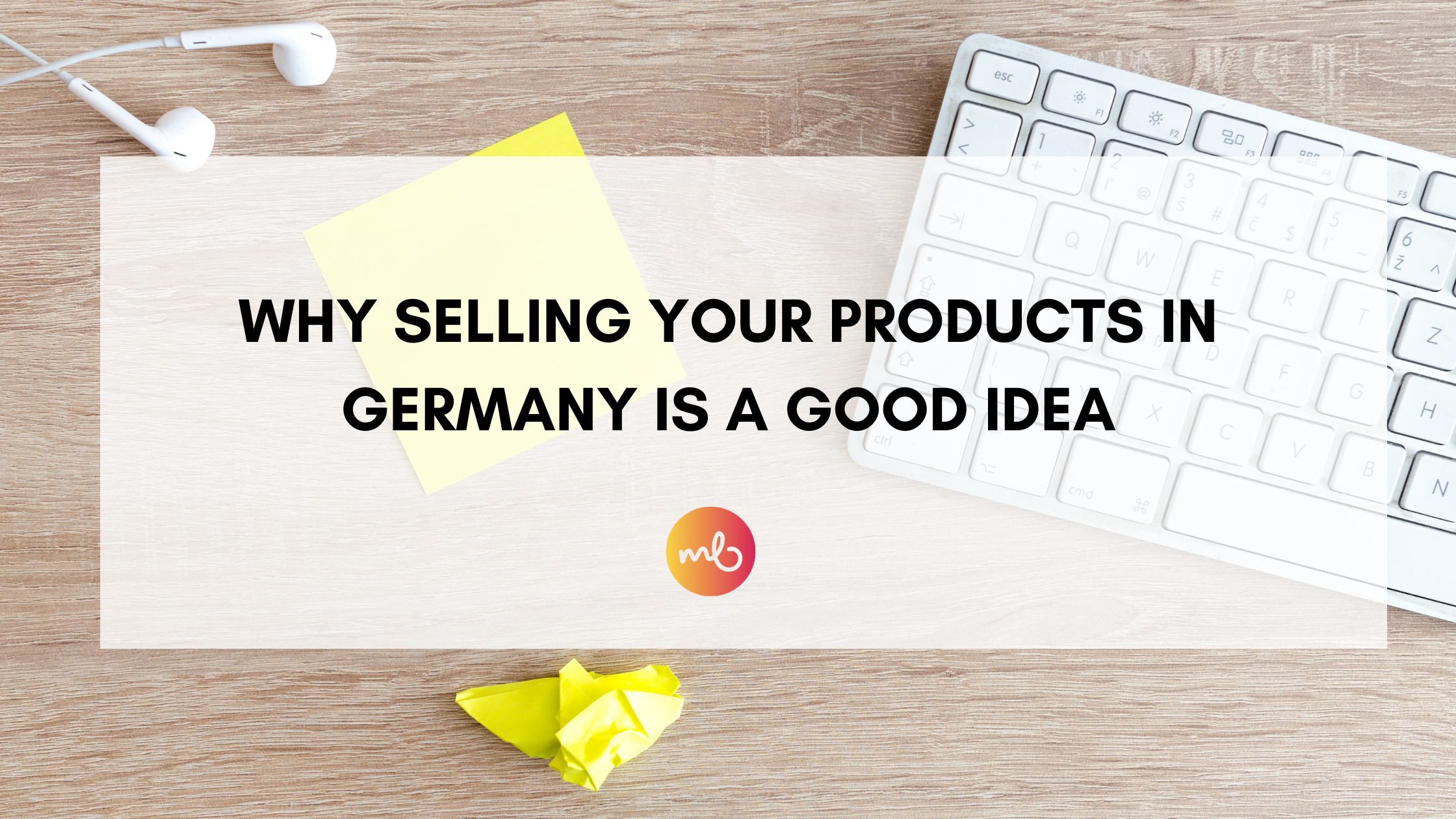 Why selling your products in Germany is a good idea

As a solopreneur with a growing business, you’ll probably reach a point when you start thinking about selling your products in other countries.

Because more happy customers and more revenue, without the hassle of constantly creating a bigger product portfolio, sounds good, right?

But where should you start?

After all, you know this is a big decision you need to take carefully. You want all the effort of adapting your products and marketing to a new country to pay off, and pay off well.

If you’re an English-speaking brand, Germany will most probably be a good fit for you.

In this article, I’ll tell you why.

Germany has the largest economy in the EU

Let’s start with the basics: Germany is the largest economy in the EU.

In fact, with a Gross Domestic Product of over 3.4 trillion euros, the German economy was by far the largest in Europe in 2019, and it’s maintained its leading position in Europe since the 1980s.

Germany is also one of the countries in the EU with the strongest buying power. That means that by selling to Germany, you’re targeting a country with a pretty stable economy and consumers that have a relatively high income compared to other countries in the EU.

Also, generally speaking, Germans are looking for good quality when buying something new. They’re happy to pay good money for it, because they can afford it.

Germany has a large population and German is widely spoken

Another reason why selling your products in Germany is a good idea is its large population of over 82 million people. That means Germany is a country that offers you a huge number of potential customers.

German is also spoken in eight other countries, namely in: Austria, parts of Switzerland, Liechtenstein, Luxemburg, parts of Belgium, South Tyrol in Italy, Alsace and Lorraine in France and parts of Denmark.

Together with Germany, that adds up to 105 million speakers, making German the most widely spoken mother tongue in the European Union.

So, as well as people in Germany itself, there’s also a good chance you’ll attract people from the countries listed above when selling in the German language.

On top of that, German is one of the most commonly spoken second or third languages in Denmark, the Netherlands, Slovenia, Sweden, Poland, Finland, Hungary, and many other European countries.

So, if you present your content in German, there’s the chance you could win the trust of even more consumers.

Although there are certain cultural differences between English-speaking countries and Germany, there’s also some similarity when it comes to general expectations of how things should be done.

Regarding shopping experiences, for example, both sides have similar expectations of what products should be like and how customers should be treated. In general, when buying from English speaking countries, Germans trust that the product will meet their expectations.

That means for Germans the English-speaking market represents a certain level of quality and reliability they can trust. Many large US brands, for example, have a good reputation.

In Germany there aren’t many solopreneurs to compete with

One of the most common characteristics of Germans is that they’re risk averse. Ask a German how many insurance policies they have, and they’ll ask you whether you mean life insurance, car insurance, home insurance…

The relatively low number of solopreneur businesses in Germany reflects this need for security. In fact, the number one answer I get when I say that I’m a solopreneur is: “I could never do that, it’s just too insecure”.

Even though it’s rather easy and straight forward to start a business in Germany (no licenses for freelancers are required, for example), most people want the security that being employed gives them.

And since the German labour market is in very good shape, a lot people don’t see the need to set up their own business to improve their economic situation.

That means your competition in the solopreneur field will be relatively low.

At the same time though, consumers are looking for a certain level of exclusivity, something that not everybody can offer. And as a solopreneur from abroad you can fulfil that need much better than larger local companies.

Germans are forward-thinking and open to new things

Germany is widely known for its long-standing engineering tradition, leading up to today’s so called Industrie 4.0, the Fourth Industrial Revolution that’s based around smart automation and manufacturing.

A perfect example of the Germans’ love (or obsession?) for creating, improving and making things more efficient.

On a different note, if we look at Germany’s society, topics like diversity, feminism, climate protection and sustainability are increasingly important, especially among younger generations.

If you walk along the street in a larger city with a takeaway coffee, your cup better be a recyclable one, if you don’t want to attract angry looks (“That’s not a plastic lid, is it?!”) and/or come across as completely old-fashioned (“They are so 2010.”).

What I’m trying to say with this is that German society seems to be eager to constantly create and improve and is curious to discover new things and have new experiences.

So, your brand new product or service might be just the right thing on the German market to meet that need.

Choosing a country to branch out to can seem like a hard choice. But it doesn’t have to be.

With Germany as your new target country, you’re sure to enter a market full of potential.

9 super useful resources for learning more about your German customer 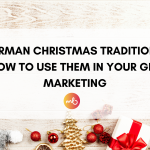